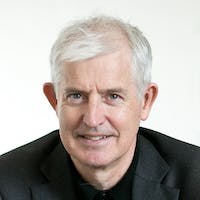 Christopher Balme holds the chair in theatre studies at LMU Munich and is president of the International Federation for Theatre Research. Born and educated in New Zealand, Christopher Balme has worked in Germany since 1985 and the Netherlands where he held the chair in theatre studies at the University of Amsterdam from 2004-2006. He is director of the Centre for Global Theatre History at the Department of Theatre Studies, LMU Munich. His research focuses on questions of cross-cultural reciprocity in theatre and performance, the relations between theatre and media, and most recently theatre and the public sphere.His publications include Decolonizing the Stage: Theatrical syncretism and postcolonial drama, (Clarendon Press 1999); Pacific Performances: Theatricality and Cross-Cultural Encounter in the South Seas (Palgrave Macmillan, 2007); Cambridge Introduction to Theatre Studies (CUP 2008); The Theatrical Public Sphere (CUP 2014).