Gig work, a type of work that is done on a short-term or freelance basis, has exploded in popularity in recent years. The term gig work is commonly used to discuss work for businesses that facilitate peer-to-peer transactions. People usually think of ridesharing apps such as Uber and Lyft, but the categories of gig work have expanded rapidly. Although people are quick to identify gig work, the newness of the concept has left many gaps in the legal definitions of what gig work is and how gig workers should be protected. This course seeks to clear up misconceptions about gig workers through an examination of various legal cases, examining grey areas of the law and also providing possible alternatives.

We begin by examining how the gig economy is defined in terms of the relationships between employer, employee, and consumer, and we then examine how the gig economy is defined legally. We also explore how gig work classification has evolved over time through various court rulings. We will then determine the areas where court precedents have still fallen short in the coverage of worker protections offered to other employee statuses but not to gig workers. Finally, we will propose alternative solutions to gig worker classification that would increase worker benefits among other protections. 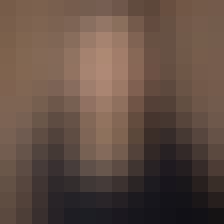 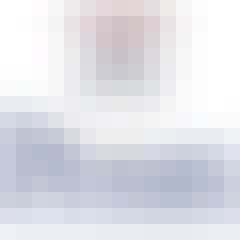 Welcome to this course on The Gig Economy! In this introductory module, we will introduce the concept of gig work and examine how it has evolved. Then, we will discuss why the gig economy is relevant to businesses today. Finally, we will explore how the gig economy poses a regulatory challenge to the US legal system.

4 hours to complete
6 videos (Total 44 min), 3 readings, 1 quiz
6 videos
Welcome to the Course!1m
What is Gig Work?8m
Why Does Gig Work Matter?9m
What's So New About Gig Work?13m
Why is the Gig Economy So Hard to Regulate?6m
What Will This Class Focus On?4m
3 readings
The Gig Economy30m
A Brief History of Franchising40m
Module 1 Supplemental Readings 1h
1 practice exercise
Module 1 Quiz30m
Week
2
Week 2
2 hours to complete

This module explores how employment status classifications pose a threat to the gig economy. Namely, we will discuss how Court rulings have evolved overtime, attempting to decide gig work employment classification with a series of legal tests. Then, we will explore the implications of Dynamex on the future of gig work regulation. Finally, we will explain why the Control Test is insufficient, proposing alternative solutions.

Classification as an Employee

This module begins by exploring the regulatory framework covering workers with “EE” status. Even though such a status change is unlikely to happen, we will then discuss how giving gig workers “EE” status could change their collective bargaining power. We will detail a few union-like alternatives for gig workers. Finally, we will use Seattle as a case study to compare how gig worker’s protection has progressed in the US vs other countries.

In this final module, we will cover how gig work employment status classification eliminates certain protections available for other workers. Specifically, we will analyze how legal gaps have left space for gig worker discrimination. Finally, we will discuss how gig economy workers don’t have access to employment benefits offered to other workers such as unemployment insurance and retirement among other things.