Paleontology: Ancient Marine Reptiles is a four-lesson course teaching a comprehensive overview of the evolutionary changes that occur when air-breathing terrestrial animals return to water. This course examines the diversity, adaptations, convergence, and phylogenetic relationships of extinct marine reptiles. Students will explore three major groups of marine reptiles: ichthyosaurs, plesiosaurs, and mosasaurs. Watch a preview of the course here: https://uofa.ualberta.ca/courses/paleontology-marine-reptiles 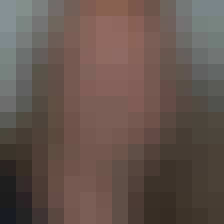 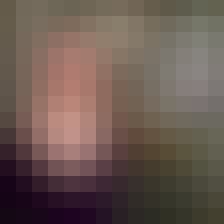 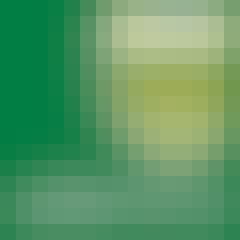 UAlberta is considered among the world’s leading public research- and teaching-intensive universities. As one of Canada’s top universities, we’re known for excellence across the humanities, sciences, creative arts, business, engineering and health sciences.

Welcome to the first lesson of Palaeontology: Ancient Marine Reptiles. In this lesson we will explore the main theme of the course: the aquatic problem. In other words, what happens when a terrestrial animal returns to the water permanently? How do air-breathing, land-lubbing creatures once again adapt to life in the sea? Life in water is very different than life on land. Water is much denser than air, which affects all aspects of an animal's life including movement, sight, and hearing. In addition, animals that return to the water cannot breathe water, and so must return to the surface for air. Water also conducts heat much better than air, making staying warm and active a challenge. Despite all these obstacles, many land animals have returned to the water throughout the course of evolutionary history. In fact, many examples of them are living today including whales, seals, crocodiles, sea turtles and penguins. Each of these animals had ancestors that returned to the water. The process of overcoming the challenges associated with this transition is what we refer to as the aquatic problem. This lesson will explore many different types of adaptations that modern and extinct animals have evolved to meet these challenges. You will be introduced to some extinct groups of reptiles you have probably never heard of, and will gain a new appreciation for how well suited modern marine animals are to their environment. Just a quick note before you get started: 'Palaios' is the Greek word for 'ancient', so palaeontology or paleontology is the study of ancient life. Both spellings are correct, with palaeontology used in Britain, and paleontology more common in the US.

Welcome back! We hope that you enjoyed the first lesson of the Ancient Marine Reptiles mini MOOC. In lesson one, we discussed a variety of modern and extinct groups of aquatic amniotes. Some of these groups would have been familiar to you, and some you had probably never heard of before. We also explored some of the many differences between living in water and living on land, and we gave examples of how some amniote groups have overcome these challenging differences. As you may have already seen, some of the solutions to the different aspects of the aquatic problem were solved in the same way by unrelated groups- a phenomenon called convergence.

The next three lessons will build on your understanding of the aquatic problem as we investigate it more detail in three extinct groups of marine reptiles: the ichthyopterygians, sauropterygians, and mosasauroids. Each lesson will follow the same general outline. First, we will introduce you to the group and some of its diversity. The second part of each lesson will focus on how that group adapted to solve the aquatic problem, and how this resulted in specializations for feeding, locomotion and reproduction. Finally we will give you an overview of the evolutionary history of the group through time and space, as well as presenting some important fossils and localities from Canada and around the world. In lesson two, we will study the first of the three major groups of extinct marine amniotes: the ichthyopterygians. The ichthyopterygians were highly specialized animals. Most of the later members looked something like a dolphin or a tuna, a great example of convergent evolution. These reptiles were probably among the fastest aquatic creatures that ever lived. They were found all over the world, from the early Triassic to the mid-Cretaceous, a span of 150 million years. By the end of this lesson, you should be familiar with the history and diversity of this group, and be able to appreciate some of their impressive specializations to solve the aquatic problem.

Welcome back! We hope you enjoyed the lesson on ichthyopterygians, the first of three in depth explorations of an extinct marine reptile group that we will cover. In this lesson you learned that ichthyosaurs are among the most specialized reptiles that ever lived. They had many adaptations to solving the aquatic problem including large eyes for seeing in deep water, powerful tails to power their thunniform swimming, and two sets of flippers for stability and steering. We also discussed the hypothesis that ichthyosaurs may have overcome the problem of being cold-blooded reptiles living in water by evolving some endothermic capabilities. Even though ichthyopterygians were well adapted for a life in the water, this lineage still went extinct long before the End-Cretaceous Mass Extinction for unknown reasons.

The lesson you are about to start will follow a similar format to lesson 2, but instead of ichthyopterygians, we will be investigating a second major marine reptile lineage: the sauropterygians. These animals shared the seas with the ichthyosaurs for much of their 180 million year existence. You may already know some of the members of this group such as the long-necked elasmosaurs and the massive-jawed pliosaurs such as Liopleurodon. In this lesson we will expand your knowledge of these animals by introducing you to their lizard-like ancestors and a wider variety of the derived members. We will present you with one of the biggest unsolved mysteries surrounding marine reptiles: how did plesiosaurs use their four massive, wing-like flippers to swim? We will also look at how they ate and reproduced, and we will finish by taking you on a worldwide tour of plesiosaur diversity through time. We hope you enjoy learning about this group of reptiles, who had adaptations so unique that they have never been seen in any other lineage of marine tetrapods.

Welcome to the final lesson in Palaeontology: Ancient Marine Reptiles. The lesson you just finished gave you an in depth look at one of the most morphologically disparate groups of marine tetrapods to ever live. There were the turtle-shaped placodonts with crushing teeth; the extraordinarily long-neck elasmosaurs; and the pliosaurs with jaws massive enough to take on nearly any prey. Even though sauropterygians evolved many different body plans, they all shared certain adaptations for solving the aquatic problem such as live birth and appendicular locomotion.

In contrast, the final group we will investigate showed convergence on one morphotype. The mosasaurs, though diverse, were all fairly long reptiles, with large jaws, four flippers and a long, lobed tail. You may recognise one of them from Jurassic World, where an enormous genetically-engineered Mosasaurus leaped out of the water to eat a shark. This last lesson will once again start by examining the diversity of the group, from their terrestrial origins to last days of the Cretaceous when they ruled as apex predators. We will investigate the specific adaptations of the group to the aquatic problem, and finish with an overview of the history of mosasaurs throughout time and space. Please enjoy the last lesson of Palaeontology: Ancient Marine Reptiles. It is an appropriate way to finish this course since the mosasaurs were among the largest and most powerful marine predators to ever live, and were the last major marine reptile group to evolve during the Mesozoic.

Excelent course. I did not know nothing about the incredible fossil record that this ancient reptiles have, now I am learning a lot about its origin and evolution.

Learned quite alot about Ichthyosaur and Mosasaur , piqued my interest in going for some advanced course in paleontology , Thank you for such a great course , Hats of the the team behind this .

A great course with just enough detail to get into the subject without overwhelming those without a university background.

Can be extremely complicated with all of the unfamiliar names, and I'd lose focus. As a result, I had a hard time keeping up. I'd recommend pausing and returning another day if you lose focus.