"Feminism and Social Justice" is an adaptation of Distinguished Professor Bettina Aptheker's long-running course at UC Santa Cruz. In the course, Professor Aptheker presents a broad definition of feminism that serves to frame three significant events in the history of feminism and social justice: the Empire Zinc strike of 1951, the 1971-1972 trial of Angela Davis, and the #metoo Movement. 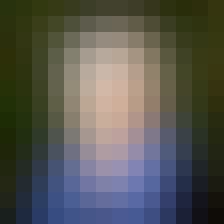 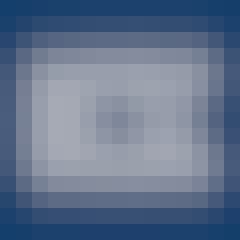 UC Santa Cruz is an outstanding public research university with a deep commitment to undergraduate education. It’s a place that connects people and programs in unexpected ways while providing unparalleled opportunities for students to learn through hands-on experience.

Feminism is a movement, a philosophical perspective, and a driver of social change. It has various goals and constituencies, and it continues to be adapted in response to new conditions.

In this module, you will be introduced to Dr. Aptheker's working definition of feminism, which she has cultivated and refined over her prolific career. You will also have an opportunity to discuss the meaning and purpose of feminism with your fellow learners.

Salt of the Earth

In 1951, zinc miners in southwestern New Mexico went on strike in response to the Empire Zinc Company's discriminatory treatment of Mexican-American workers and their families. After the miners were prevented from protesting by a court order, their wives maintained the picket line.

In this module, you will learn about the causes, conditions, and outcomes of the strike. You will also hear the story of the controversial 1954 feature film (called "Salt of the Earth") that documented the struggle of its key figures. The entire film is available in the module.

In 1970, FBI agents arrested the feminist scholar and activist Angela Davis for her alleged connection to the Soledad Brothers, inmates of Soledad Prison in central California who were accused of killing a guard. At the time of the arrest, President Richard Nixon referred to Davis as a "terrorist." In this module, you will hear Dr. Aptheker's personal experience of Davis' arrest and trial, and you will learn about the extraordinary movement that grew in support of Davis.

The hashtag "metoo" appeared on social media in 2017 in response to a number of high-profile sexual assault allegations in the entertainment industry. It quickly spread to other societal domains and continues to spur discussion and action around the world. In this module, you will learn about the causes and outcomes of the #metoo movement, and its contribution to feminism and social justice. You will also have an opportunity to discuss recent changes resulting from the #metoo movement with your fellow learners.

Everyone should take up this course because this course has a structured curriculum for feminism. The idea of feminism is something we have learnt from media, one will come to know about the meaning.

The course gave me various insights and exposure to feminist and black struggles in the American polity. I could some leads from the lessons which might be useful to work on my future research papers.

It was really eye-opening and the content was good in the sense that it not only talked about historical feminist movements and events but also related these to feminist issues as they stand today.

Bettina Aptheker is a fascinating lecturer! This class is definitely an eye-opener, and I wish I could get some people who really need to know this information to have an interest in this class.